Legend has it that in his early years, he had to sleep on the pavement in Juhu. Legend has it that in the days of no mobile telephony, he once left an entire agency guessing about his whereabouts while he casually wandered off to Goa for a week for what he must have surely thought, was a much worthier detour than to land up for a boring meeting.

Legend also has it, that clients seldom loved a well-shot and well-produced film as much as they liked it when he had just orally presented the script to them! It seems the popular client refrain would be something like this: “But Bugs had said that there will be this lovely waterfall, with the birds chirping …,” “Oh but when Bugs presented, we imagined that it will be …” Such was his outstanding oratory and iridescent imagination that even a well-finished film would never match up to the brilliance of his theatrical narration of the same script!

Actor. Director. Theatre personality. Ad man. Mad man. The story of Bugs Bhargava in short, is the stuff of legends. With a train ticket and Rs 500 in his pocket, he had made the journey from Bangalore to Mumbai in the early ’80s. He was just 19 at that time. Ever since, his real life has turned out to be a reel version of the classic Mumbaiya ‘Raju ban gaya Gentleman’ story. And today, this affable and slightly eccentric yet adorable looking genius is busy giving interviews to publications across the world after the huge success of his directorial venture Nail Polish, which is currently streaming on a popular OTT platform.

In between, he has been associated with films like Delhi Belly, Taare Zameen Par, Aashiqui 2, Kaminey and Dum Maaro Dum among others, quite often playing the absent-minded professor (like Sen Sir in Taare Zameen Par – one must admit, he resembles that ditto in real life too!). He has also done a lot of theatre with Alyque Padamsee and with Rahul DaCunha’s theatre group, Rage, among several others, apart from lending his voice to the character of King Louie in the Hindi version of the Jungle Book. You could always expect the unexpected from him – and staying true to that, he even played a clock in the Disney musical, Beauty and the Beast!

But what Rediffusion will forever remember him for, are his innumerable award-winning and heart-warming advertising campaigns like his ‘Discover India Discover Yourself’ campaign for India Tourism and the famous ‘A movement called Telco’ campaign where the client was none other than Sir Ratan Tata himself! Bugs Bhargava Krishna aka ‘Bugs’ (as he is fondly referred to by those who are close to him) – we are honoured to induct you into the Rediffusion Hall of Fame.

What makes his moniker extra-charming is the fact that there is nothing bugging about Bugs’ entire personality – on the contrary, if you meet him once, chances are you will hug on to the lasting genial impression that he would have left on you forever… 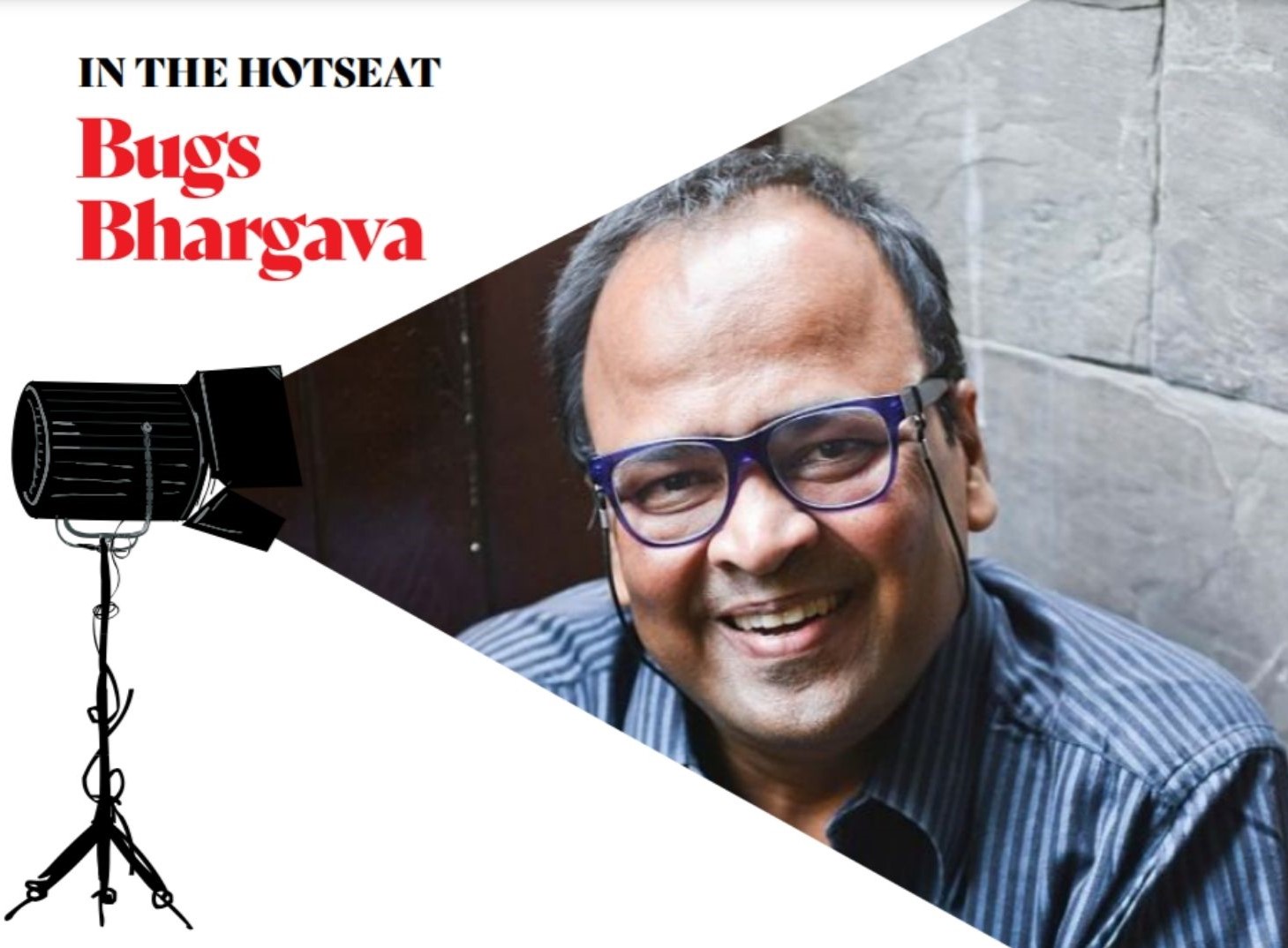 Which is your most unforgettable campaign (personally) developed in Rediffusion and why do you like it the most?

Well it’s hard to choose, really. Rediffusion allowed me to express myself in really edgy ways. But choose I must! There was the India Tourism campaign – Discover India Discover Yourself – which won awards all over the place. But the campaign I consider significant is ‘A movement called Telco’. We did this for Mr. Tata. And this campaign started a Thirty-year relationship with the Tatas across many brands. The campaign went on to win Corporate Campaign of the Year in both its editions. Most importantly, it achieved Mr. Tata’s goal of unifying and galvanising Tata Motors (Telco in those days) into a high-performing automotive company. It created an emotional connection between the employee and the company.

The one Rediffusion incident or anecdote which you will never forget.

Well the way I joined Rediffusion is something I will never forget. I was a trainee copywriter in Lintas and desperate to work for Rediffusion. I found Arun Nanda’s phone number in the directory and called his house. I stammered through my introduction of myself. He listened very graciously and then invited me to have lunch with him at Copper Chimney at 1 pm. I got there. He was already sitting there. Needless to say, I was nervous as hell. I told him I was a trainee and had no published work. Just scribbles. He said “I’m glad you have no published work. I want to see what your untarnished ideas are like.” I had about ten scribbles. (In those days copywriters and art directors would first create a scribble on thin white paper, before finishing the ads. Needless to say my ads never got to the finishing stage.) He flipped through the scribbles. After the first five. He stopped. He looked at me silently for many beats. I thought he had had enough and that I had wasted his time. Then he said, “You are good. How much do you earn?” I said I earned a thousand rupees. He asked me, “How much are you expecting to earn in Rediffusion?” I said “A thousand rupees sir.” He smiled at me and said “Come and pick up your appointment letter this evening.” Then he asked me about lunch. I said I had to rush back and left.

That evening I went to Rediffusion at Readymoney Terrace. I was immediately shown into Arun’s office. He was charming and wonderful as ever. He gave me my letter in an envelope. He said, “Please read it. And if it is satisfactory, sign it and give me a copy.” I opened the letter and my jaw dropped. My take home salary after deductions was three thousand three hundred rupees a month.

I stammered again. “Sir, there is a mistake here. It says three thousand three hundred. I only earn a thousand.” Arun had that mischievous smile on his face and he said, “That is what I think your talent is worth. But if you want me to make it a thousand rupees, I will.” I signed. And then ran like Forrest Gump all the way from Readymoney Terrace to Haji Ali. I could finally afford to eat three meals a day in Mumbai. Thank you, Arun Nanda. There is nobody like you.

According to you, how has advertising changed over the years?

The consumer has lost his or her innocence. By which I mean that social media has made them extremely brand conscious. Each of them is a brand that they are actively nourishing. Every post, every comment, every action they take is an advertisement for themselves. They are suddenly able to create, post, get reactions and have opinions and talk back at will. Therefore, managing a brand and telling its story has become far more challenging, because we have to tell a story to charm a consumer, who is also a storyteller. Therefore, I think this is the most exciting time to be in advertising. Because we are at ground zero of reinventing the business!

Your words of advice for today’s creative directors and copywriters?