Rediffusion strode proudly into the 90s with its famous ‘A Movement Called Telco’ campaign. Telco was the abbreviation of TATA Engineering and Locomotive Company, which was later renamed as Tata Motors.

There was some kind of unrest and discontent at the factory level, with labour problems and different people pulling in different directions. Mr. Ratan Tata wanted the company to pull together in the same direction.

According to Bugs Bhargava, the creator of the campaign, Mr. Tata gave a ‘beautifully graphic brief’ in which he wanted a company where, if a girl’s family came looking for a groom, and if the girl and her family heard that the boy is working in Telco, they should not think twice about saying yes to the alliance!

It was in an Irani joint in Bandra while having tea, that Bugs cracked the idea of togetherness. He called it ‘A Movement called Telco’ because the whole thing was about moving together and accordingly the visual treatment of the film was all about a walking human chain building up slowly to eventually form the Telco logo. The film also had a very powerful anthem or jingle, a scratch of which was hastily recorded with the help of Louis Banks, just before the presentation to Mr. Tata. “There was no singer (available at such short notice), so I sung it myself” recalls Bugs. To highlight the organisation standing united towards a goal of going higher, the anthem urged each member of every team to join hands and walk together into a bright future.

Apparently, after Team Rediffusion led by Mr. Arun Nanda presented the campaign, Mr. Tata had tears in his eyes and said: “This is the organization that I want.”

At one level it was an Internal communication exercise that worked for the organization. Simultaneously, it also worked wonderfully well externally, for the world at large. To that effect it was a first-of-its-kind campaign done back then, “a sword that cut two ways” according to Bugs.

The team went to Pune to shoot the film inside the factory and it was a massive exercise given that work had to be stopped on the shop floor and you had to get more and more people to join in. Something very interesting happened during the shoot. The workers started enjoying it and soon one could actually see the feeling of camaraderie amongst them. Ironically, the objective of the communication was actually being met during the filming of it!

The print rendition of the campaign used different objects to represent the letter ‘O’ of Telco imaginatively. According to Bugs – “That was Mr. Nanda’s idea. He was the best Creative Director that I ever worked with.” The campaign went on to win Best Corporate Campaign of the Year Award and many more accolades. What’s more important is that it strengthened Rediffusion’s bond with the Tata Group, something that’s going strong even today … 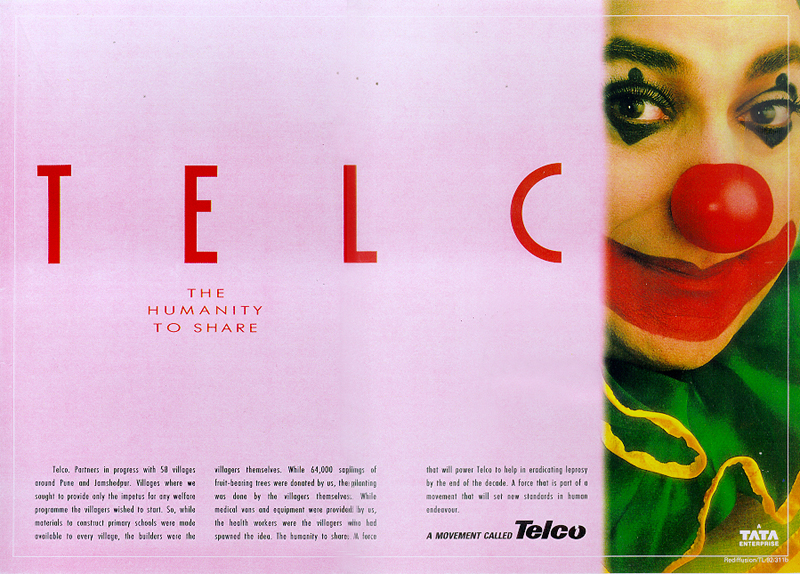 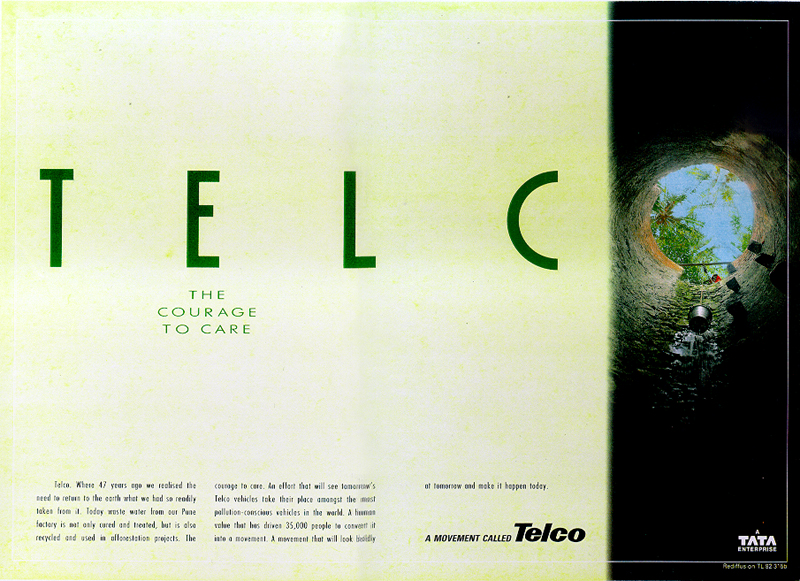 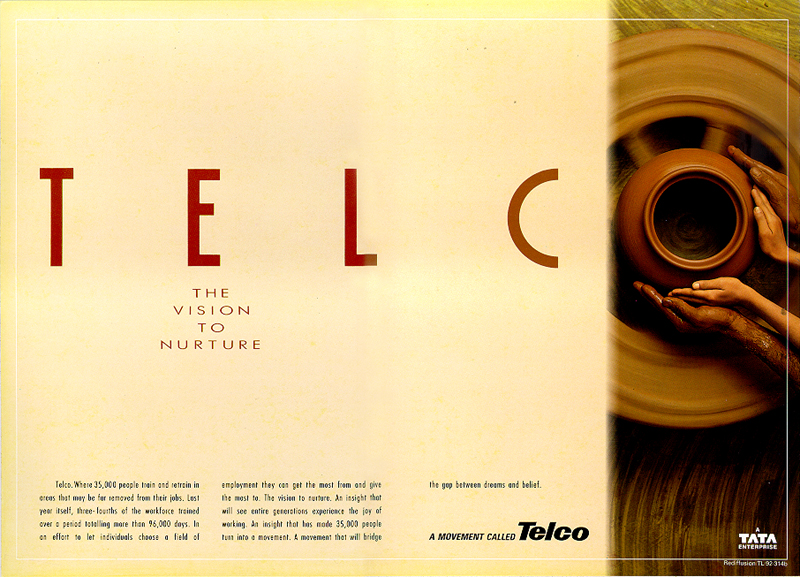